ARE YOU GOING TO SUPPORT THE WORK OF THE ANTICHRISTS IN DESTROYING THE CHURCH OF CHRIST?

THE Bible warned us of the coming of the Antichrists before the end comes. This is what is written in I John 2:18-19:

Why “Antichrists”? This word means “enemies of Christ,” “against Christ.” They are “Antichrists” not only through disobeying Christ’s command to enter and remain in the Church in order to be saved, but they also disobey other teachings of the Lord Jesus Christ. One of the teachings of Christ that these “Antichrists” are against or trying to destroy is what the Lord said in John 17:11:

“And now I am coming to you; I am no longer in the world, but they are in the world. Holy Father! Keep them safe by the power of your name, the name you gave me, so that they may be one just as you and I are one.” (John 17:11 TEV)

How do they fund their works? Through the so-called “Restore the Church fund.” They urge the brethren to support their works through donating to this fund. 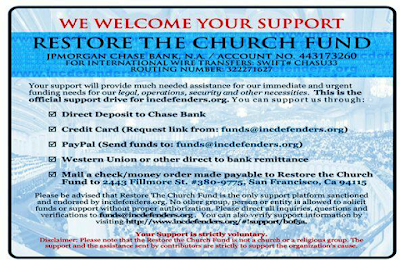 These are the people who holds the authority to the “Restore the Church fund” of the end-time Antichrists. 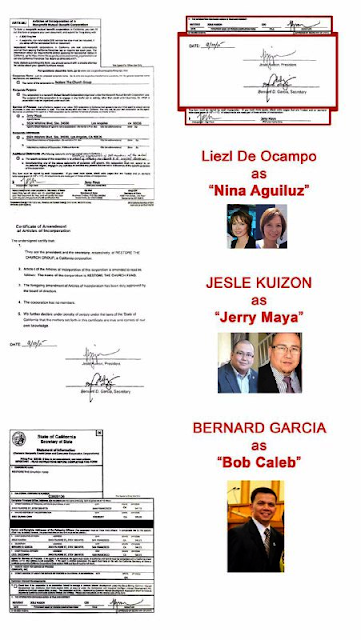 “I urge you, brothers, to watch out for those who cause divisions and put obstacles in your way that are contrary to the teaching you have learned. Keep away from them.  18For such people are not serving our Lord Christ, but their own appetites. By smooth talk and flattery they deceive the minds of naive people.” (Romans 16:17-18 NIV)

WHO’S SIDE ARE YOU?
THE CHURCH ADMINISTRATION WHICH GOD PLACED IN THE CHURCH
OR THE END-TIME ANTICHRISTS AIMING TO DESTROY THE CHURCH?