About "Bo. Calzada": A Glimpse of INC History

A GLIMPSE OF INC HISTORY:
ABOUT “BO. CALZADA”
By Eric M. Lopez

Brother Felix Y. Manalo was born on May 10, 1886 in Sitio Calzada, Village of Tipas, Town of Taguig, Province of Manila. Why other writings mention “Barrio Calzada, Taguig”?

However, in 1974, Barrio Tipas was divided into four barrios: (1) Calzada; (2) Ibayo Tipas; (3) Ligid; and (4) Palingon.[1] Thus, since then, Calzada is an independent barrio or barangay, and commonly fefer to in 1970s and 1980s as “Bo. Calzada” (Barrio Calzada). Today, we commonly use “Barangay Calzada.” This is the reason why current writings about Brother Felix Y. Manalo referred to his birthplace as “Bo. Calzada, Taguig” or “Barangay Calzada, Taguig” instead of “Sitio Calzada, Barrio Tipas, Taguig” (or “Calzada, Tipas, Taguig”).

On July 27, 2007, coinciding with the 93rd Anniversary of the Iglesia Ni Cristo, the National Historical Institute unveiled a marker on the birth place of Brother Felix Y. Manalo, declaring the site as a National Historical Landmark. The marker is located at Barangay Calzada, Tipas, Taguig City, where the ancestral home of Manalo once stood. The marker sits on a 744 square meter plaza.[2] 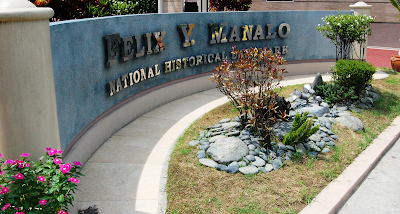 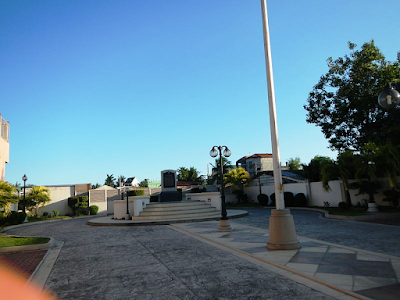 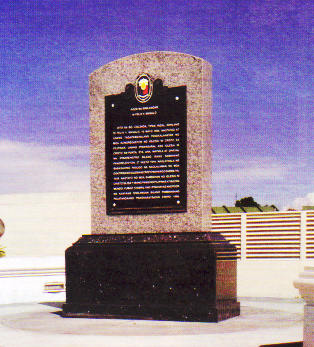 [1] “On 1974 through Municipal Revolution sponsored by them Councilor Hon. Pascual Sarmiento barrio Tipas was divided into four [4] Barangays, the Barangay Ibayo, Ligid, Palingon and Calzada.” (http://bscpethesis.net/barangay-ibayo/about.php)
[2] http://www.taguig.gov.ph/tourism/taguig-landmarks/
No comments: