The glesia Ni Cristo Believes In The Lord Jesus Christ


THE IGLESIA NI CRISTO BELIEVES IN THE LORD JESUS CHRIST

“But I am afraid that just as Eve was deceived by the serpent's cunning, your minds may somehow be led astray from your sincere and pure devotion to Christ.  For if someone comes to you and preaches a Jesus other than the Jesus we preached, or if you receive a different spirit from the one you received, or a different gospel from the one you accepted, you put up with it easily enough.” (II Corinthians 11:3-4 NIV)

Email ThisBlogThis!Share to TwitterShare to FacebookShare to Pinterest
Labels: About Jesus Christ

GETTING THE GOOD NEWS ACROSS

TO PROCLAIM THE good news of salvation to as many people as possible has always been the overarching mission of the Iglesia Ni Cristo (Church of Christ). Whether by way of face-to-face encounters or through the mass media, we carry out this task with a sense of urgency, aware as we are that there is not much time left before this world comes to its fiery end.

Brother Felix Y. Manalo An Angel and The Lord Jesus Christ A Man?

On The True Meaning of the Word “Angel”

Iglesia Ni Cristo detractors asked, "If Felix Y. Manalo is an Angel and the Lord Jesus Chist is a Man, how come that a Man is higher than an Angel?" They aso asked that "If Felix Y. Manalo us an Angel, why did he died when Angels are spiritual being and they don't die?"

The truth is, they asked these questions because they misinterpreted and misundestand the doctrines or teachings of the Iglesia Ni Cristo. We never say that Brother Felix Y. Manalo is an "angel" in his state of being, but that he is the fulfillment of the "other angel" prophesied in the Revelation 7:2-3.  And also, in saying that Brother Felix Y. Manalo is the fulfillment of the prophesied "other angel," we never meant that he is an angel, a "heavenly being." They misinterpret and misunderstood our doctrine because if their erroneous understanding of the word "angel" (that the word “angel” refers only to heavenly beings).

In Defense of Brother Felix Y. Manalo, Did He Rape Rosita Trillanes? 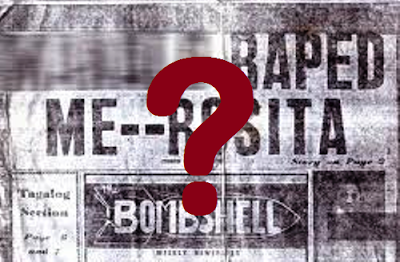 I am Dave Lawrence Michaels, a history professor. When I was attending the Bible Studies for those being prepared for baptism in the Church of Christ, a friend of mine approach me and told me many negative things about Brother Felix Y. Manalo to discourage me in entering the Iglesia Ni Cristo. He said, “browse the internet and you will find the truth about Felix Manalo.” So, I did. I was shock about many things published in the internet against Brother Felix Y. Manalo, and I admit, it discouraged me to continue attending the Bible Studies of this Church. However, I managed to talk to a minister of the Church of Christ, a Church historian, a fellow historiographer. He showed me concrete evidences refuting those many accusations and allegations against Brother Felix Y. Manalo. Thank God for that. Today, I am an active member of the Iglesia Ni Cristo, and very much active in sharing my faith. Actually, this article is based on the research the minister I mentioned above who became a good friend of mine. Please read it with an open mind.

ATTACKING THE CHARACTER of a person is an act of desperation, because this shows that they cannot refute his teachings that’s why they resort to attacking the person instead of the teachings or doctrines he is preaching. This fallacy is called “argumentum ad hominem.” Yes, it’s an act of desperation and truly a fallacy. However, this is what the detractors of Brother Felix Y. Manalo and the detractors of the Iglesia ni Cristo are doing.

What exposed their real intention is the fact that although they have no concrete evidences, just baseless accusations and allegations, however, they will still use it, publish it, spread it. Many times, concrete evidences were already shown to refute their allegations, but they intentionally and totally ignored them and will continue to spread their baseless allegations and accusations because their intention is not to expose the truth, but to impose a negative impression on the person being attack (“manira lamang”). Thus, it is not surprising that after their allegations were proven false or refuted, they will invent more and more lies against the person they attack.

This is indeed what they are doing against Brother Felix Y. Manalo and the Iglesia Ni Cristo.