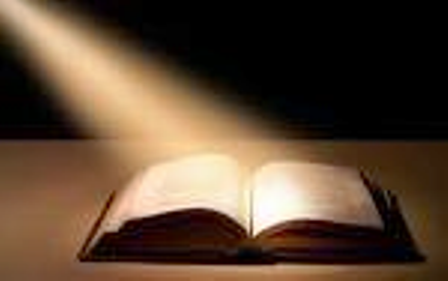 Critics believe and frankly suggest that the Iglesia Ni Cristo (Church Of Christ) ministers should only preach Church doctrines without mentioning other faiths. They do not understand why ministers have to condemn beliefs alien to the Holy Scriptures.

However, the impression that Iglesia Ni Cristo (Church Of Christ) ministers intentionally offend others is totally unfounded. They only expose unscriptural teachings and practices of other religions without the intention of maligning, insulting, or degrading persons or personalities. Statements about other religions are uttered with the specific purpose of presenting the truth, one way of which is by exposing contradictions between religious doctrines and biblical teachings.

Why do the true Christians have to denounce teachings that contradict the Bible? Would it not suffice that the Christians just preach their faith, and avoid touching other faiths?

Christ Himself frankly and courageously denounced unsound doctrines and their teachers. In a confrontation with Pharisees, He said:

“Jesus answered, "And why do you disobey God's command and follow your own teaching?...You hypocrites! How right Isaiah was when he prophesied about you! 'These people, says God, honor me with their words, but their heart is really far away from me. It is no use for them to worship me, because they teach man-made rules as though they were my laws!'” (Matthew 15:3, 7-9 TEV)

The Lord Jesus Christ Himself called the Pharisees hypocrites. He chided them for their utter disregard of God's command in order to follow their own teachings citing the Prophet Isaiah who wrote:

“The Lord said, "These people claim to worship me, but their words are meaningless, and their hearts are somewhere else. Their religion is nothing but human rules and traditions, which they have simply memorized.” (Isaiah 29:13 TEV)

Through the Prophet Isaiah, God categorically condemned religions that are based on human rules and traditions. Why then should we be surprised if His ministers today expose unscriptural teachings? The Lord Jesus Christ Himself chided the teachers of unsound doctrines (the Pharisees) for their utter disregard of God’s command in order to follow their own teachings (human rules and traditions).

Christ was informed by His disciples that the Pharisees were themselves offended at His frankness when He told them that they were hypocrites:

“Then the disciples came to him and said, ‘Do you know that the Pharisees had their feelings hurt by what you said?” (Matthew 15:12 TEV)

“Don't worry about them! They are blind leaders of the blind; and when one blind man leads another, both fall into a ditch.” (Matthew 15:14 TEV)

Thus, true ministers of the Gospel can never condone false teachings even if people’s feelings get hurt in the process.

Christ's fearless stance by God's words was carried on by the Apostles. In the event that a true minister of God encounters teachings and practices that seek to invoke worship service to the Lord in any manner, contrary to what the Bible teaches, he will surely speak out against them.

Apostle John, following Christ’s example, fiercely spoke against those who claimed to know God but did not submit to His commands. He said:

“If someone says that he knows him, but does not obey his commands, such a person is a liar and there is no truth in him.” (I John 2:4 TEV)

Apostle John called those who profess belief in God but do not follow His commands liars! He did not hesitate to rebuke those who go against the will of God.

THE DIVINE TASK OF GOD’S MINISTERS

In their teaching of the Gospel, the true ministers of the Gospel firmly upheld God’s truth above anything else. Apostle Paul wrote:

“When I came to you, my brothers, to preach God's secret truth, I did not use big words and great learning. For while I was with you, I made up my mind to forget everything except Jesus Christ and especially his death on the cross…
“And my teaching and message were not delivered with skillful words of human wisdom, but with convincing proof of the power of God's Spirit.” (I Cor. 2:1-2, 4 TEV)

This is also the resolve of the ministers of the Iglesia Ni Cristo (Church of Christ). Their honest motive is to convey God’s truth to all as what Christ and the Apostles did. Thus, the ultimate purpose of the true minister is what Apostle Paul expressed with great resolve:

“Therefore, since through God's mercy we have this ministry, we do not lose heart. Rather, we have renounced secret and shameful ways; we do not use deception, nor do we distort the word of God. On the contrary, by setting forth the truth plainly we commend ourselves to every man's conscience in the sight of God.” (II Cor. 4:1-2, New International Version)

The ultimate purpose of the true minister of God is to "set forth the truth plainly" without distortion. Because of this, another task given to true ministers of the Gospel is the following:

“Have nothing to do with the fruitless deeds of darkness, but rather expose them.” (Ephesians 5:11 NIV)

Thus, the divine tasks of the true ministers of the Gospel are to preach the truth and to expose the untruth (the falsehood). And if in the process of doing so some may feel slighted, the minister of God does not lose heart because his divine work is not his own but God’s. Apostle Paul emphatically declared:

“Whereof I am made a minister, according to the dispensation of God which is given to me for you, to fulfill the word of God.” (Colossians 1:25 KJV)

The ministry in the true Church of Christ is according to the dispensation of God. It is God's calling (cf. Heb. 5:4). Thus it is not to men that God's ministers are held accountable but to Him who called them.

The truth is the ultimate guide of a true minister of God as he fulfills his duty. God's word is the truth (cf. Jn. 17:17). Hence, it is the minister's obligation to preach the truth and condemn the untruth. And if in doing so people will turn their ears away, he should endure. As what Apostle Paul admonished his fellow minister, Timothy:

“Preach the word! Be ready in season and out of season. Convince, rebuke, exhort, with all longsuffering and teaching. For the time will come when they will not endure sound doctrine, but according to their own desires, because they have itching ears, they will heap up for themselves teachers; and they will turn their ears away from the truth, and be turned aside to fables. But you be watchful in all things, endure afflictions, do the work of an evangelist, fulfill your ministry.” (II Tim. 4:2-5 NKJV)

Thus, though exposing the untruth may be offensive to many people, the Iglesia Ni Cristo ministers are obliged to do so, because the ultimate purpose of the true minister of God is to set forth the plain and pristine truth. For whose sake?

“For this is good and acceptable in the sight of God our Savior, who desires all men to be saved and to come to the knowledge of the truth.” (I Timothy 2:3-4 NKJV)

The Lord God desires all men to come to the knowledge of truth in order to be saved.