From April 7-8 the College of Evangelical Ministry held it’s anniual National Congerence and Faculty Training. The said event was attended by the CEM faculty members from the main campus (Quezon City, Philippines) and CEM extensions of Batangas, Bulacan North, Bulacan South, Cavite, Laguna East, Laguna West, Pampanga and Rizal. The said event was also attended by District Preparatory Minister-Instructors. A total of more than 250 participated in the said event. 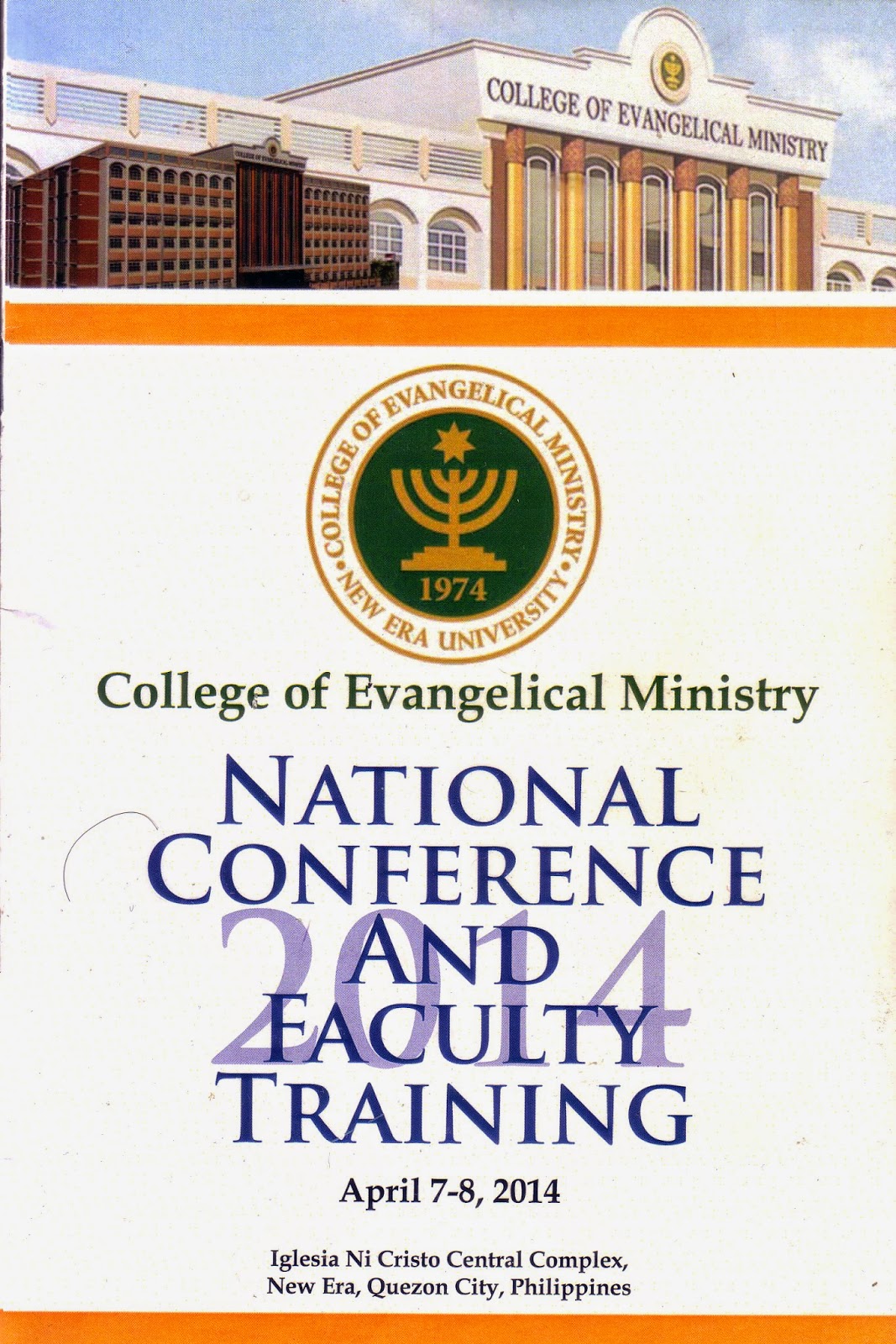 The opening of the CEM extensions in different parts of the Philippines and the world addressed the growing numbers of ministerial students all throughout the world. CEM curently has a total population of 3,000 students. And as of this period, there are now 3,000 enrolled as preparatory students. CEM student population is consists not only Filipinos, but also Americans, Canadians, Italians, British,Spanish, Grench, Australians, Mexicans, Japanese, Chinese and South Africans. Truly, if the Church  is now a global Church, CEM is now an international scholl for ministers.

To God be all the glories.