THE premier screening of the “Felix Manalo” movie held at the Philippine Arena yesterday, October 4, 2015. It bodes well on its very premiere screening for setting not one but two world records. The adjudicators from Guinness officially announced that “Felix Manalo” was able to garner (1) “Largest Audience for a Film Premiere” and (2) “Largest Audience for a Film Screening”. The Guinness adjudicators added that the total number of the audience 43,624 which is more than enough to bag the aforementioned world records. 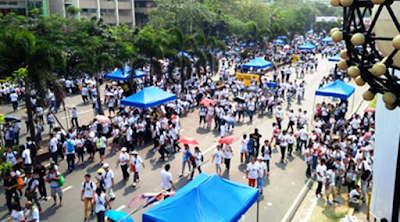 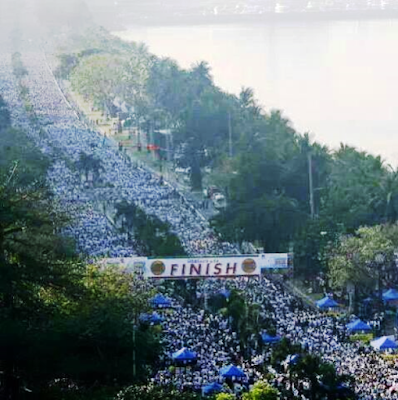 On February 15, 2014, the Church Of Christ bagged another two Guinness world records when members of the Church conducted a worldwide charity walk simultaneously on 135 different sites scattered in 29 countries. The Iglesia Ni Cristo holds the records for the Largest Charity Walk on a Single Venue when 175,509 members of the church finished the 1.6 km walk in Manila; and for the Largest Charity Walk in 24 Hours (Multiple Venues) when a total of 519,521 participants finished the charity walk in different parts of the world.
(6)
MOST NUMBER OF HUNGER RELIEF PACKS
DISTRIBUTED IN 8 HOURS
302,311 recipients
February 22, 2014
Palayan City, Nueva Ecija, Philippines 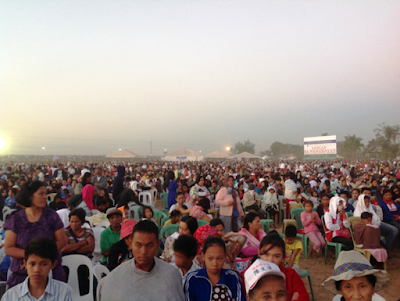 After he Special Worship Service officiated by Brother Eduardo V. Manalo on February 22, 2014, INC conducted another Lingap sa Mamamayan at her first resettlement project in Barrio Maligaya in Palayan City, Nueva Ecija. Coinciding with the barrio's 49th anniversary, the INC bagged another world record after setting the record for the most number of hunger relief packs distributed within eight hours. A total of 302,311 hunger relief packages were given. 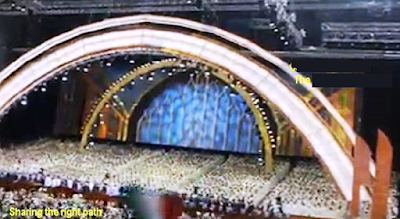 The Iglesia Ni Cristo opened the Philippine Arena on Monday, July 21, to mark the week-long celebration of its 100th anniversary (July 27, 2014). The Special Worship Service for the INC centennial celbration (July 27, 2014) had a choir of 4,745 members, it was recognized as the World's Largest Gospel Choir." The previous record-holder had 1,171 Gospel singers. 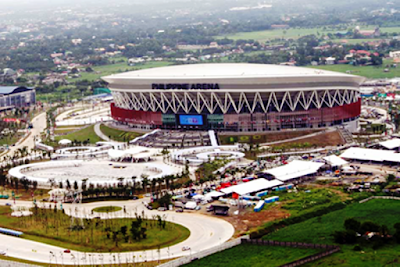 The sonstruction started in 2011 and the buiding was finished in 2014. It is now worid’s largest mixed-used indoor arena with seating capacity of 55,000. Guinness World Records recognized the Philippine Arena as the "World's Largest Mixed-use Arena"  for accommodating up to 51,919 attending the Special Worship Service for the INC Centennial Celebration (July 27, 2014). 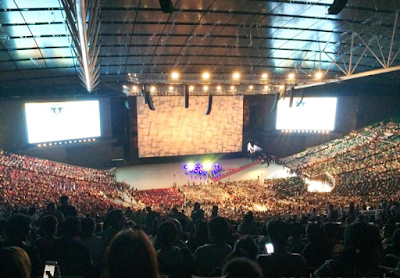 Members of the Iglesia Ni Cristo and others once again fill the Philippine Arena to the rafters for the long-anticipated premiere screening of “Felix Manalo”. Already, actors and actresses who were part of the film are being sighted by the crowd as the red carpet event nears. 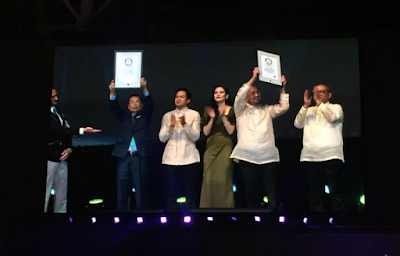 After the screening of the movie “Felix Manalo”, the adjudicators from Guinness officially announced that “Felix Manalo” was able to garner (1) “Largest Audience for a Film Premiere” and (2) “Largest Audience for a Film Screening” with a total number of 43,624 audiences. But wait, there is a possibility of achieving another world record, it maybe 11th world record of the Iglesia Ni Cristo, for world “largest screen” used for a movie screening.

TO GOD ALL PRAISES AND GLORY